That Land That I Live In​ presents works that take shape within the spectrum of the everyday. Sarah Braman, Cynthia Daignault, Luis Flores, Van Hanos, Sable Elyse Smith, Martha Tuttle and Lorna Williams mine direct conceptual and environmental resources, and imbue them with a personal history. These engineered objects and forms selected from everyday life illustrate a threshold between the physical and intangible. Although disparate in form, works in the exhibition began with material that carries personal significance and greater resonance in American culture.

Van Hanos’ paintings illustrate interior and exterior worlds simultaneously.​ Interior Landscape​, a vibrant Texan vista, unfolds in continuum with ​V​, a marble slab presenting the basic material values that make up the natural world. All organic matter, from a micro to macro level, is comprised of the same basic elements—boulders, trees, flowers, and our own human bodies begin with the same fundamentals: sun, water and air.

Dark Star​ by Cynthia Daignault illustrates 8 commemorative plates from her childhood. Daignault is known for isolating the cadence of time, and this series of paintings contextualizes Daignault’s personal history in tandem with the American cultural consciousness. The work pulls its title from the astrological slang 'born under a dark star,' which describes people with a foreboding future due to the alignment of planets at birth. As well, the dark psychedelic mood of the work harkens both to the classic Grateful Dead song and cult science fiction film that both share its name. The film follows a starship's crew as they destroy unstable planets that may threaten the future colonization of other worlds. The aging spacecraft, a rusted future hurling through time, aligns with America's current conundrums and the artist's own sympathies.

Sable Elyse Smith’s work ​Coloring Book 26​ reframes the familiar. The work incorporates a large-scale reproduction from a coloring book produced for children interacting with the court system. A cartoon-like image of a bird smiling and waving is foiled by Smith’s gestural marks painted with oil-sticks. This interception of visual language highlights the fallibility of this character’s iconographic resonance. The piece illustrates Smith's poetic and unnerving critique of America's prison industrial complex and epidemic of mass incarceration.

Luis Flores engages with the subject of self-portraiture. The expected perception of this human form is confounded by their make up—these life-size ‘doppelgangers’ are soft sculptures, constructed with hand-crocheted yarn. Investigating ideas around masculinity, the balance of forms (engaged in positions that reference WWE choreography) underscore precarious notions of male power and gender central to Flores’ own upbringing. A limited engagement with and access to emotions is a hallmark of American masculinity. Flores processes these notions of social ‘norms’ and gender stereotypes through the form of his own body, which is in fact constructed by means of a craft often explicitly attached to the female gender. These personifications of self are not just representations of the artist as a singularity, they exemplify the absorbed effects of all persons who have affected Flores throughout his life.

Lorna Williams cites and deconstructs human anatomy, revealing that manmade objects can take the shape of the natural world. Intricately woven detritus (found, common objects from the artist’s life) manifests into anthropomorphic sculptures that become something else entirely.

Sarah Braman’s ​Tuesday Dinner​ resonates with empathy. There is a warmth of emotional attachment to this object which is an accumulation of colored glass, a tree stump and two spoons. Here, the marriage of the found and manmade creates a complex formal composition with the simplest of materials. Highlighting the liminal space between sculpture and abstraction, Braman erects a monument to the everyday—one that precludes utility and acknowledges it at once.

The mediums embedded within Martha Tuttle’s sculptural paintings carry their own significance. Inspired by the majestic landscape of New Mexico where the artist grew up, Tuttle’s sensual forms and palette are mined from the rugged American West, personifying the vastness and delicacy of this environment.

Sarah Braman was born in 1970 in Tonawanda, New York. She currently lives and works between New York and Amherst, Massachusetts. Braman received a BFA from Maryland Institute College of Art in Baltimore and an MFA from Tyler School of Art in Philadelphia. Solo exhibitions include You Are Everything, Mitchell-Innes & Nash, New York (2016); Sarah Braman: Alive, Museum of Fine Arts, Boston (2013-14) and Lay Me Down, MACRO, Rome (2011). Braman has also participated in group exhibitions at MASS MoCA, North Adams (2017-18); the Brant Foundation, Greenwich (2017); Kunsthalle Helsinki, Finland (2016); The Kemper Museum of Contemporary Art, Kansas City (2015) and The Saatchi Gallery, London (2010). Braman is one of the founders of artist-run gallery CANADA in New York. In 2013, she was the recipient of the Maud Morgan Prize from MFA, Boston.

Using video, sculpture, photography, and text, Sable Elyse Smith (b.1986, Los Angeles, California) points to the carceral, the personal, the political and the quotidian to speak about a violence that is largely unseen, and potentially imperceptible. Her work examines the complex languages and emotional landscapes embedded in systems of surveillance and structures of constraint, and the often invisible ways that they shape our minds and direct our bodies. She is currently an Artist-in-Residence at the Studio Museum in Harlem. Recent solo exhibitions include BOLO: be on (the) lookout at JTT, New York, Ordinary Violence at the Haggerty Museum at Marquette University in Milwaukee and the Queens Museum, New York, and then the street lights - like a warning bell at Recess, Brooklyn. Her work has been included in numerous group exhibitions including the Highline, the Contemporary Art Museum in Houston, SITE Santa Fe, Brooklyn Academy of Music, the New Museum, the Studio Museum in Harlem, Socrates Sculpture Park, El Museo Del Barrio, Rachel Uffner, and Andrea Rosen Gallery. She has performed at the Museum of Modern Art, the New Museum, Eyebeam, and Yerba Buena Center for the Arts. Her work has also been screened at Birkbeck Cinema in collaboration with the Serpentine Galleries, Artist Television Access in San Francisco, and MoMA Ps1. Her writing has been published in Radical Teacher, Studio Magazine, Affidavit and with Recess Art’s Critical Writing Fellowship. Smith has received grants & fellowships from Creative Capital, Fine Arts Work Center, the Queens Museum, Skowhegan School of Painting and Sculpture, Rema Hort Mann Foundation, the Franklin Furnace Fund, and Art Matters. Smith is currently faculty at the University of Richmond, VA.

Martha Tuttle was born in Santa Fe, New Mexico in 1989. She graduated from Bard College in 2011 and received her MFA from The Yale School of Art in 2015. She is currently in residence at the Sharpe-Walentas Studio Program in Brooklyn, NY and has held residencies at the UCross Foundation in Clearmont, WY, A-Z West in Joshua Tree, CA, the New Mexico School of Poetics in Ojo Caliente, NM, and Grin City Collective in Grinnell, Iowa. In 2014, Martha received a Josef Albers Foundation Traveling Fellowship as well as a Donald C. Gallup Research Fellowship from The Beinecke Rare Books and Manuscripts Library, Yale University. She currently lives and works in Brooklyn, NY. Recent solo and two-person exhibitions include; Cimarron, Martha Tuttle and Henry Chapman, Rhona Hoffman Gallery, Chicago, IL; I long and seek after, Tilton Gallery, New York, NY; Oracles, Luce Gallery, Turin, Italy; and Geukens & DeVil, Antwerp, Belgium.

Lorna Williams was born in 1986 in New Orleans, Louisiana. She received her BFA from Maryland Institute College of Art in 2010. She studied at New Orleans Center for Creative Arts, School of Museum of Fine Arts, Boston and Tyler School of Art, Philadelphia. In 2009, she attended the Norfolk Program at Yale University. Her work has been exhibited at the Studio Museum Harlem, Harlem, NY; Montserrat College of Art, Beverly, MA; and University of Massachusetts, Amherst, MA. Williams’ work has been reviewed in The Wall Street Journal, Art in America, The New York Times, FLATT, Boston Magazine, Concierge Magazine, and The Boston Globe, among others. She was the recipient of numerous awards and recognitions including Presidential Scholars Program Semifinalist, ARTS Recognition Finalist, National Foundation for the Advancement in the Arts Finalist, Art and Change Grantee of the Leeway Foundation, Ellen Battell Stockel Fellowship Recipient. Her work is included in the collection of 21C Museum, The Pizzuti Collection and Wellington Management. Williams lives and works in New Orleans, Louisiana. 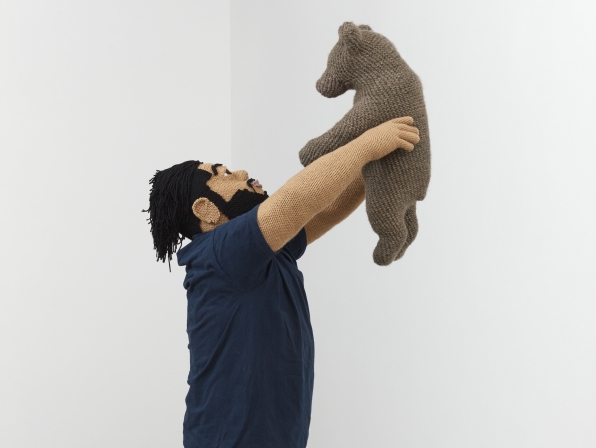