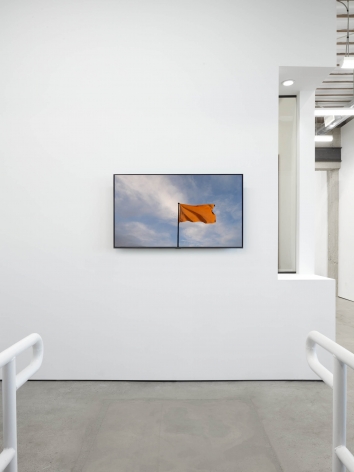 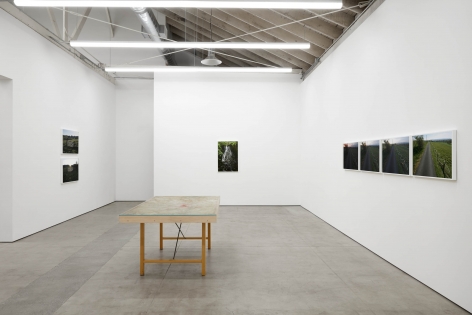 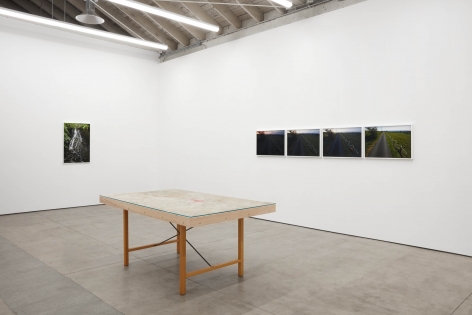 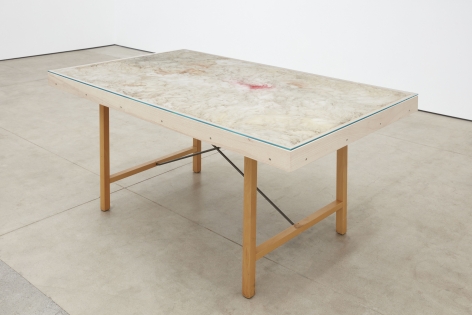 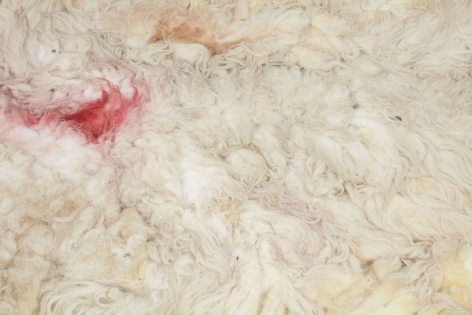 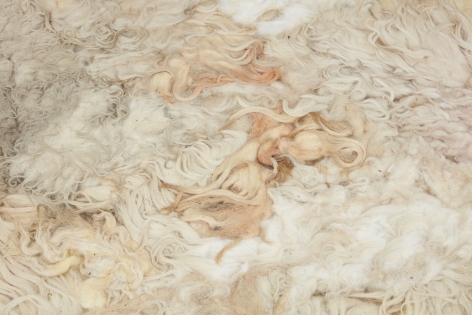 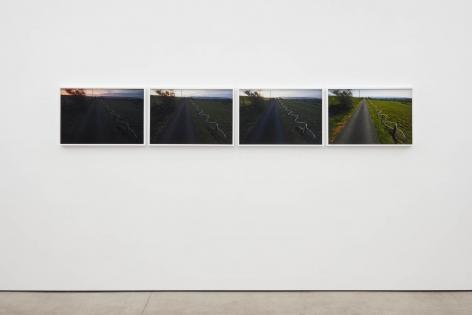 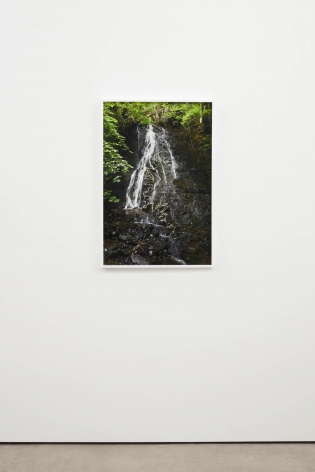 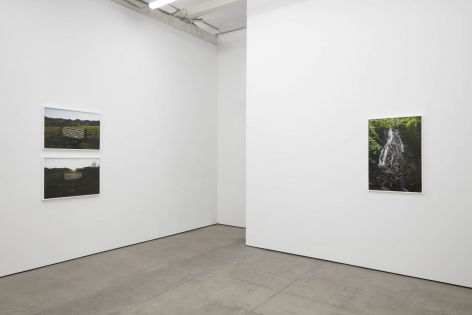 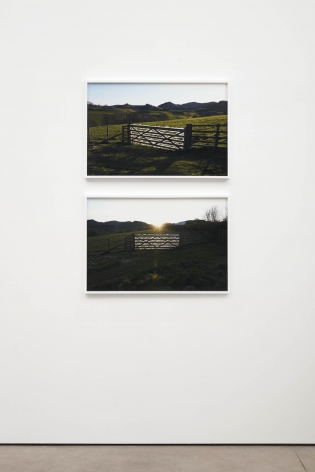 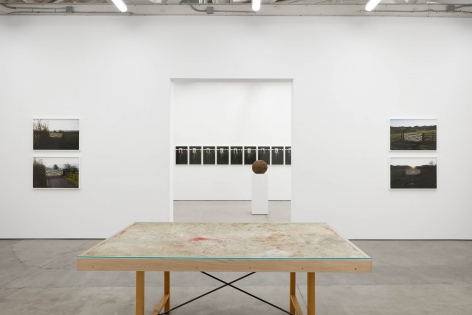 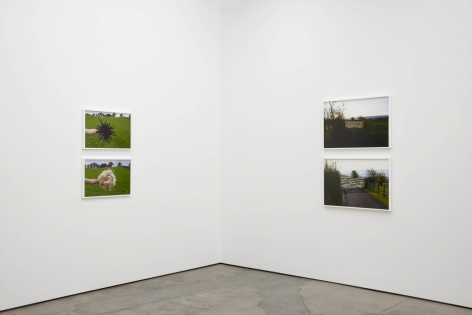 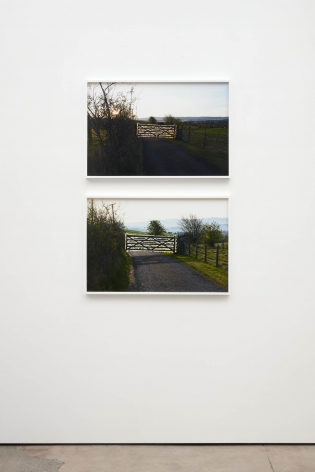 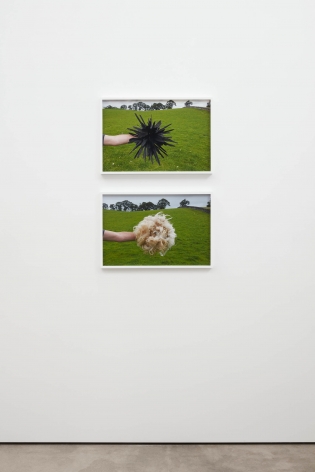 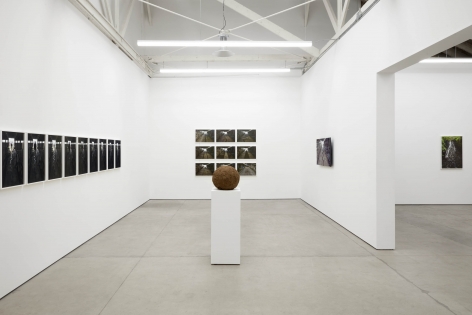 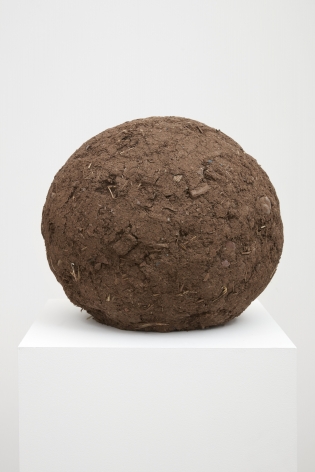 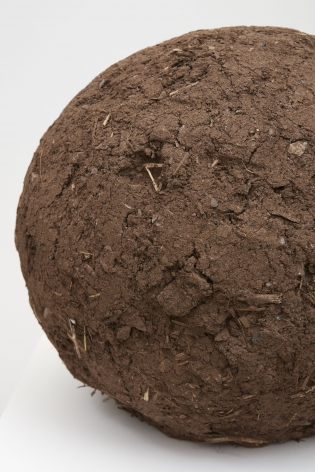 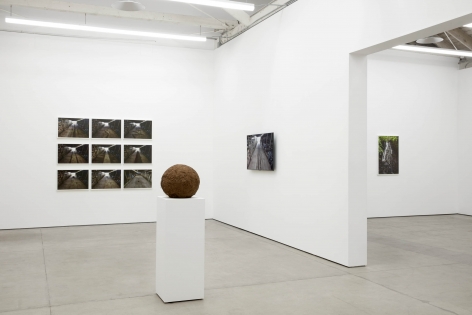 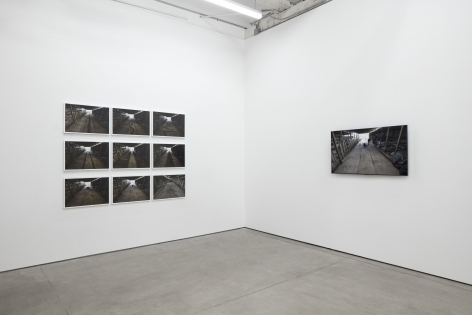 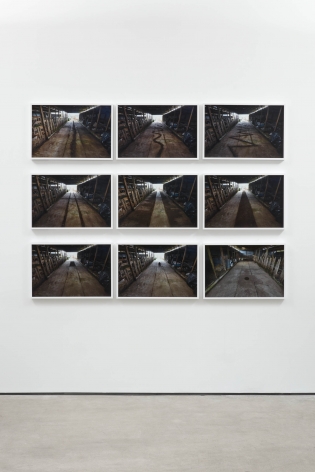 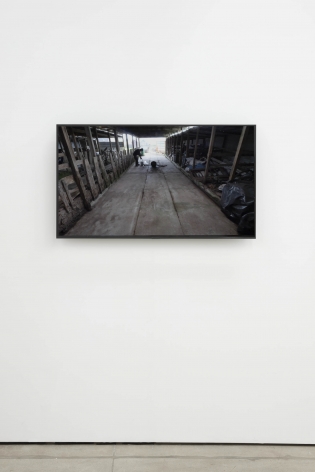 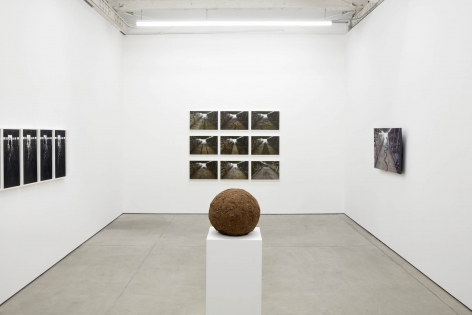 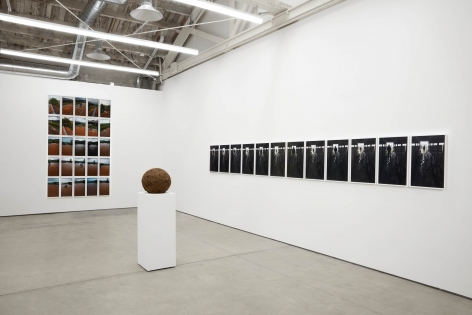 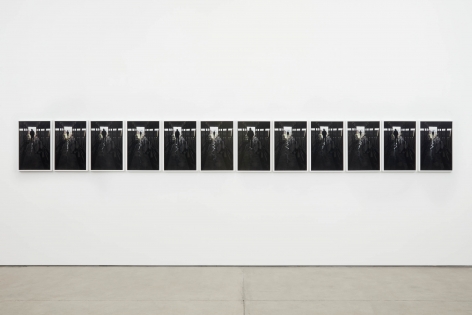 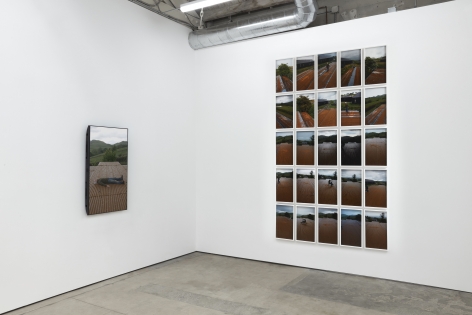 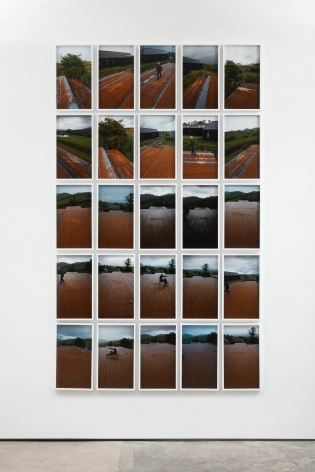 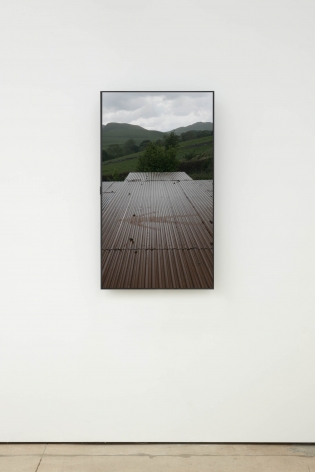 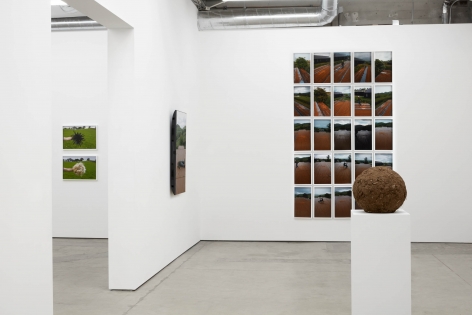 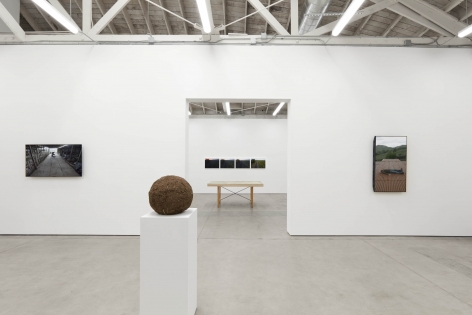 The works in this exhibition are of this moment – they have been made in a year that continues to be unpredictable and difficult for everyone.

It is however important to keep making art. To stop would be for me also to stop thinking or feeling. The urge to create no matter what is not just a way of getting through but also fighting back.

Art has the capacity and indeed the responsibility to be creative no matter what the circumstances or restrictions - whether they be practical, financial or whatever. It also has the potential to be stronger because of it.

I am fortunate to live in a place that I can walk out of my door into fields, woods and hills where I have worked over the past 34 years (when not travelling). Out of solidarity with those who were not able to do this during lockdown, I felt that I should make the most of my work at home during that time.

Many of the things that I have made have roots in past work but over the months from March onwards they took on new significance and meaning.

The water lines made in an old cow shed where I live were a response to the intense light coming into the dark building from the outside. I made the lines by drinking water and urinating – they could have been titled ‘drink plenty of fluids’. I wonder how many people have been told to do that this year?

The roof of the same shed became a place to lay down in the rain to make shadows. I learnt much about the weather patterns around the hills and valley where I live as a result.

The atmosphere in which a work is made is as important as the materials used in its construction. The shadows are created by rain fall, but it’s the sky that brings them to life. I waited, sometimes for hours, for it to begin to rain under a certain sky at a particular time of the day with the wind in the right direction.

That something as small as my shadow could be so profoundly affected by something as grand and as expansive as the sky is both exhilarating and humbling.

Laying down, standing still, drinking, sweeping the floor are simple everyday repetitive acts - common to us all - that have taken on additional significance at this time. I made nine swept ‘drawings’ in the former cow shed, filmed as they were being made—each film is about 40 mins long—single shot unedited (apart from the beginning and end). The work is shown in its entirety with total length a little more than 5 hours.

The rain shadows are presented similarly with a total running time of 8.5 hours. Neither films have to be watched as you would a movie—they are more to be lived with as you would a painting or sculpture.

Throughout the year I have continued to make work in and around the house including and the office which was closed during lockdown.

My home is surrounded by fields and sheep.

The price of a fleece hardly covers the cost of shearing the sheep. As a consequence, less and less shearing takes place, and in spring the fields around my home become littered with wool as it is shed by the sheep. For me it is the wool season. More than just a material to work with, wool is a way of working with sheep in the context of a landscape upon which they have had tremendous environmental, social and political impact.

I covered the office floor with wool – the antithesis of a carpet. It may be the same material, but the wool I used was raw, unpleasant, smelly and multicoloured - different wools, textures and markings.

Everyday commonplace spaces such as the office have stood empty and desks unused for large parts of this year. They have by consequence become places for me to work with as an artist – conscious of the many desks and offices that have laid empty during this year.

When my assistant of 20 years retired in late October, I made a work with his desk using the same wool that I covered the office floor during lockdown. The reworked desk will travel to Los Angeles to become part of Recent Works 2020.

Recent Works 2020 has been made whilst being cut off but also connected to the rest of the world in ways that I have never experienced before – it is, for me, the rationale for doing this exhibition. I consider Recent Works 2020 to be a work in itself.

Andy Goldsworthy (b. 1956, Cheshire, England) lives in Scotland. He makes works of art using the materials and conditions that he encounters wherever he is. Using earth, rocks, leaves, ice, snow, rain, or sunlight, the resulting artworks exist briefly before they are altered and erased by natural processes. He also uses his own body as a medium, as with his Rain Shadows, or through actions such as spitting, throwing, climbing and walking. He has undertaken commissions in the Queensland rainforest, Australia and the New Zealand coast; in Rio de Janeiro, New York City, St Louis, Montreal and San Francisco; in the New Mexico desert, the mountains of central Spain and Haute-Provence, France, and on the moors of North Yorkshire and the fells of Cumbria and Dumfriesshire in the UK. He has exhibited in the British Museum (1994); the Metropolitan Museum of Art (2004); Yorkshire Sculpture Park, Wakefield (2007); and the Palacio di Cristal, Madrid (2007). He contributes widely to group exhibitions and his most recent solo gallery shows have been in New York (2015), Madrid (2016) and San Francisco (2017), Lund (2017-2018). Recent and current major projects include Walking Wall (2019) at The Nelson-Atkins Museum of Art, Kansas City, US and Hanging Stones (2015-ongoing) in the North Yorkshire Moors, UK. This year, he completed Red Flags, a commission for Frieze Sculpture at Rockefeller Center, which was installed in New York throughout September.

Goldsworthy has published many books throughout his career, most recently Ephemeral Works 2004-2014 (2016) and Projects (2017) with Abrams. He is the subject of two feature-length documentaries by Thomas Riedelsheimer: Rivers and Tides (2003) and Leaning into the Wind (2017).