Ivana Bašić
I too had thousands of blinking cilia, while my belly, new and made for the ground was being reborn | Position III, #3, 2020

Brandon Ndife’s sculptural transformations unite found and hand-made objects with unreadable earthy growths. No News (Good News), includes AquaResin, cast foam, earth pigment, enamel, corn husk, porcelain and aluminum—Ndife’s vast lexicon of materials presents an intuitive composition of man-made and organic elements. This synthesis of synthetic and natural, highlights our precarious notions of preservation and the rate at which we can control decay.

In a series of three wall works, sun bleached barbershop posters compose a wallpaper backdrop. A metal frame is soderded over an index of men’s haircuts, and filled with irregular shapes of stained glass. These posters take on a somber, emotive quality. Each ‘window’ into the work creates a varying filter of opacity and color, that the men’s portraits are visible through. Beneath the glass these model’s heads are oriented down or away, and sometimes to the back. In opposition to their initial public function, under the artist’s recontextualization, these images seem to convey private or intimate moments.

Woody De Othello infuses his everyday subjects with a psychological charge. Wasting Time playfully outfits a freestanding ceramic wastebasket with a wilted watch. Falling Out reimagines a clock with its numbers succumbing to gravity, and spilling out from the bottom of its face, onto the wall below. The two domestic artifacts acutely illustrate our notion of time. De Othello’s repeated creation (the artist’s own labor hours), conceptual depiction and spatial occupation of a nonfunctional object whose value is determined by its precise function, reinforces nihilistic attachments to timekeeping. The concept of time is present in the objects but the measure of it, suspended.

Trisha Baga’s expressive, frenetic works loosely fossilize everyday objects. Her hand’s visible, textural presence exudes potential energy. Baga’s explorations through time-based video and performative work are projected into her 1:1 scale static sculptures. These movements through clay are an archive of her body’s motion, and reinforce the gesture of what would be activating or playing the three Untitled ceramic instruments. Like sculpture, music comes into being through repeated motion.

Hannah Levy’s welding process is intuitive and spontaneous. The artist engages with the natural characteristics of nickel-plated steel and silicone to infuse physical tension into the work. The perceptual weight of Levy’s asparagus-organism is supported by a sharp claw attached to the wall. Levy’s objects display careful, symbiotic opposition to activate form. In Levy’s freestanding Untitled work, the nickel-plated steel frame presses firmly against its poly skin shell. Simultaneously the silicone wraps itself around the metal skeleton. The contrast of soft, fleshy silicone stretched to its limits by polished metal feels visceral in relation to the viewer’s physical body. The stark textural shift of materials, elicits the unnerving anticipation of discomfort, even puncture.

Sensorial works offer a committed anthesis to our increasingly virtual lives. Tensions between hard and soft, natural and synthetic, minimal and baroque, transform raw materials into sculptural transubstantiation. Currently, we are all assessing the fabric of our futures and universally undergoing massive cultural and material restructuring. The  examinations present in Material Conditions provide a space for reflection and material recalibrations.

Michael Assiff (b. 1983, St. Petersburg, Florida) currently lives and works in Queens, NY. He received his BFA at Rhode Island School of Design in 2008. He has participated in shows at Valentin, Arsenal Contemporary, Galeria Mascota, Jack Hanley, Salon 94, M+B, Ashes/Ashes and Martos Gallery. He has participated in projects with Del Vaz at Balice Hertling, Room East/P!, Tarwuk at Essex Flowers, Korakrit Arunanondchai at 032c. Assiff's work has been written about in Artforum, Mouse Magazine, Flash Art and dis magazine. He is currently represented by Galerie Chez Valentin in Paris and has work in the collection of the Museum of Contemporary Art of Haute-Vienne. Upcoming shows include a solo presentation at Ashes/Ashes, inaugural show at Katia Rosenthal Gallery, and an offsite group show in Fall River, Mass curated by Harry Gould Harvey IV.

Brandon Ndife (b. 1991, Hammond, IN) lives and works in Jersey City, NY. He received his MFA from Bard College in 2020 and BFA from the Cooper Union in 2013. Recent solo exhibitions include MY ZONE at Bureau, New York, NY (2020); Minor twin worlds, Brandon Ndife & Diane Severin Nguyen at Bureau, New York, NY (2019); Ties that Bind at Shoot the Lobster, New York, NY (2018), and Just Passin’ Thru at Interstate Projects, Brooklyn, NY (2016). Recent group exhibitions include It Remains An Open Horizon, co-curated by Marina Caron at LC QUEISSER, Tbilisi, Georgia (2020); Until tomorrow: Ten Years of Bureau at Bureau, New York, NY (2020), and Fixing the “not... but”, curated by Marina Caron at LC QUEISSER, Tbilisi, Georgia (2019). His work has been featured in Artnet, The New Yorker, The Brooklyn Rail, Hyperallergic, Flash Art, and The New York Times.

Woody De Othello (b. 1991 Miami, FL) completed his MFA at the California College of Arts in San Francisco in 2017. He received his BFA from Florida Atlantic University with a concentration in Ceramics. In 2020, he completed a residency at the John Michael Kohler Arts Center in Sheboygan, WI. Othello has exhibited widely in group exhibitions, including FRONT International: Cleveland Triennial (2018), the 33rd Ljubljana Biennial in Slovenia (2019), and “Sleight of Hand” at the Center for Craft in Asheville, NC (2020). In 2018, Othello’s work was commissioned by the San Francisco Arts Commission to be permanently installed at The San Francisco International Terminal. Othello opened his first solo museum show at the San Jose Museum of Art in November 2019. He is represented by Jessica Silverman in San Francisco and KARMA in New York. Othello lives and works in Oakland, CA. 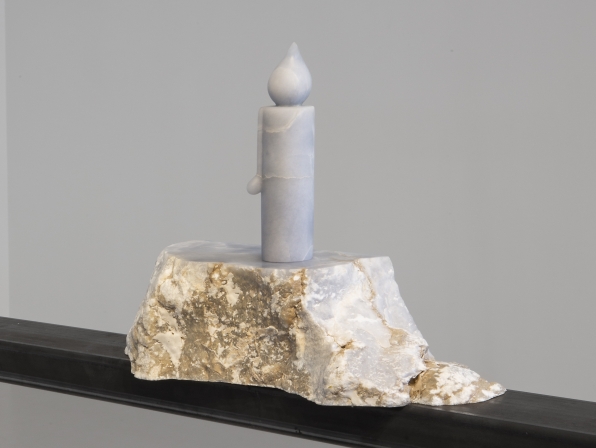